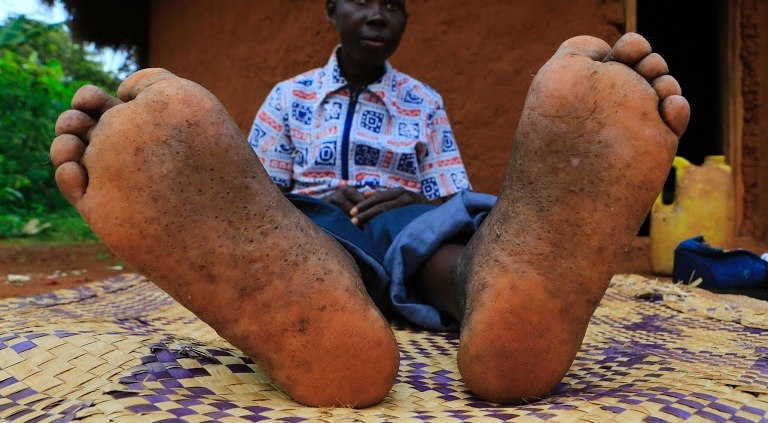 This world was never strange to Epidemics, pandemics, and endemics. However, from the late 19th or 20th century these problems have become more and more common. Here are some major outbreaks of 20th century and its affects.

Chagas disease endemic discovered by Carlos Chagas spread to animals and people by insect vectors and infected 7.6 billion people in Mexico, south and Central America. This infection is caused by the Trypanosoma cruzi parasite.

Another endemic in Africa is jigger infestation. A dermatological infestation by tiny sand flea commonly known as Tunga penetrans nigua/chigoe/Bicho de pé. Jigger removal in Africa is still not fully achieved due to unawareness and poor socio-economic situation.  According to Kenya’s health minister, up until now, 1.4 million people had suffered from this tiny parasite. Among them, around 80% are school-aged children. Tungiasis is an extremely painful but easily curable condition if treated properly. When left unaddressed, it can lead to serious health complications.

Unlike endemic which belongs to a particular people or country, an epidemic affects a large number of people or regions. Whereas, a pandemic is similar to an epidemic but spreads over multiple continents.

W.H.O declared severe acute respiratory syndrome (SARS) as an epidemic at the beginning of 2003. It is a type of virus that generally causes respiratory symptoms such as coughing and shortness of breath. The outbreak first happened in Foshan, Guangdong, China, on 16 November 2002 and spread to several countries across four continents, infecting more than eight thousand people. Severe acute respiratory syndrome (SARS) epidemic was contained on July 5 of 2003 according to W.H.O. Since 5 July 2003, four small outbreaks of SARS have been occurred.

Moreover, in early 2009 a new influenza virus named H1N1 had come to the surface. The H1N1 virus is otherwise referred to as swine flu (because of its connection to influenza viruses that appear in pigs). According to the sources, it was the first global flu pandemic in forty years. It began to spread in Mexico and the United States, majorly affected children and younger people. The W.H.O reported H1N1 as a pandemic in June 2009 after its spread in more than seventy countries. An estimated 151,700 to 575,400 worldwide deaths occurred during the first year the swine flu virus spread. Throughout the world, 80 percent of H1N1 virus-related deaths were of people younger than 65 years of age. In August 2010, WHO stated the end of the pandemic, although the virus continues to circulate as seasonal flu.

Ebola virus (EVD), a deadly disease formerly named Ebola hemorrhagic fever, is a rare and severe contagious illness that leads to death in approximately 50% of those who incur it. The Ebola virus spreads to people from wild animals and circulates among the human population through direct contact with blood or bodily fluids such as urine, saliva, vomit, semen, sweat, amniotic fluid, and feces of infected people, and with surfaces and materials (bedding, medical equipment or clothing) infected with these body fluids. In early 2014 the first Ebola virus disease (EVD) outbreaks happened in distant villages of Central Africa (In Guinea and then in Liberia along with Sierra Leone). In mid of 2014, this outbreak escalated to the capitals of these countries, making it the first time EVD stretched out from these remote areas to densely populated urban parts. This fatal outbreak ultimately reached seven other countries, causing more than eleven thousand deaths in all. These brutally impacted countries finally declared themselves Ebola-free in June 2016. Unfortunately, The Ministry of Health of the Republic of Guinea announced return of Ebola virus disease outbreak on 14 February 2021 after a group of cases was reported.

In December 2019, cases of pneumonia with acute respiratory distress syndromes (ARDS) were reported in Wuhan, Hubei Province, China. After a month, a novel Coronavirus was identified from the throat swab specimen of a patient. W.H.O named this novel coronavirus COVID-19. The novel COVID-19 had unfolded very hastily from China to all over the world. COVID-19 was declared as a global pandemic by the W.H.O in the mid of March 2020. By the start of June, approximately 6.91 million people were affected with the COVID-19, with a confirmed fatality of another 0.4 million worldwide. Several countries employed a variety of anti-epidemic actions, such as limiting travel to other countries, shutting down public places, and closing the entire transit system, to contain the transmission of the highly contagious COVID-19. We are still fighting this virus, and many vaccines are available now for COVID-19 all over the world.

Want to join the discussion?
Feel free to contribute!